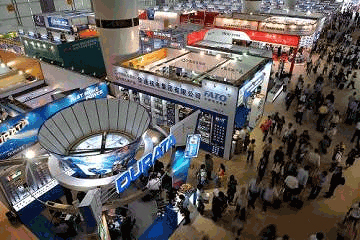 The Canton Fair October 2012 – We were there

The Fair is the largest trade fair in China .

Among China’s largest trade fairs, it has the largest assortment of products, the largest attendance, and the largest number of business deals made at the fair. Like many trade fairs it has several traditions and functions as a comprehensive event of international importance.

The Canton Fair is a trade fair held in the spring and autumn seasons each year since the spring of 1957 in Canton (Guangzhou), China.

The Fair is co-hosted by the Ministry of Commerce of China and People’s Government of Guangdong Province, and organized by China Foreign Trade Centre.

Its full name since 2007 has been China Import and Export Fair, renamed from Chinese Export Commodities Fair, also known as Canton Fair.